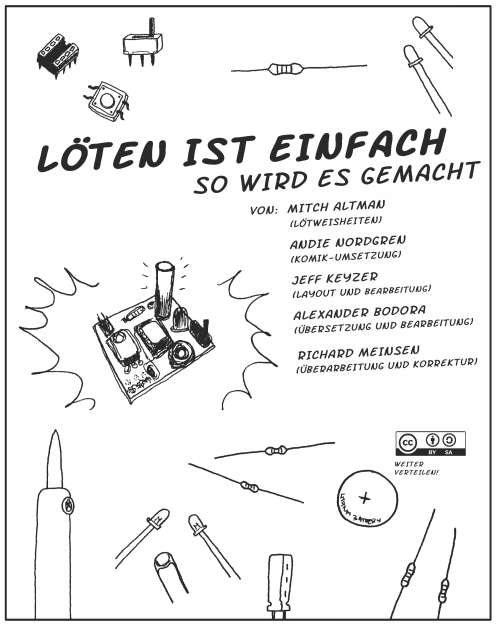 I’m pleased to announce that we finally have a very nicely done German translation of the Soldering is Easy comic book.

A huge thanks to Alexander Bodora and Richard Meinsen for volunteering to do the translation!

I also updated the original comic to include a link to the Soldering is Easy comic book download page (http://mightyohm.com/soldercomic). I heard a couple requests for this at the Maker Faire last weekend – so there it is.