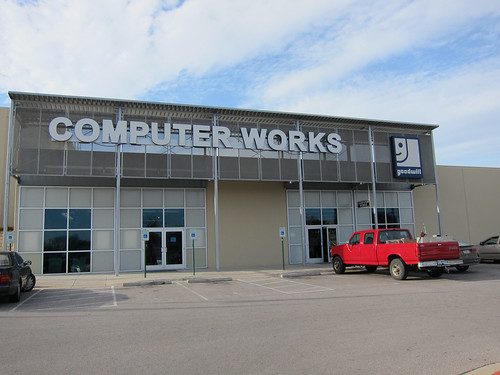 Last week I had a chance to visit the Goodwill Computer Museum, conveniently located (for me) here in Austin, Texas.

The museum is a small part of the Goodwill Computer Works, a computer and electronics recycling center operated by Goodwill.  The site accepts donations of both computer and non computer-related items, like clothes and household items.   To enter the museum, you first pass through the computer store.  Here you can buy used computers as well as cables, wall warts, keyboards, flat panel displays, wireless routers,  graphics cards, and even some software.  I’ve even seen some small pieces of surplus electronic equipment there, as well as some vintage computers, so I’ll be adding this store to the surplus wiki.

There is a lot of interesting stuff on display.  Along one wall, there is an assortment of TRS-80 machines, a Model 100, and some home video game consoles, including an Atari Super Pong and a Magnavox Odyssey. 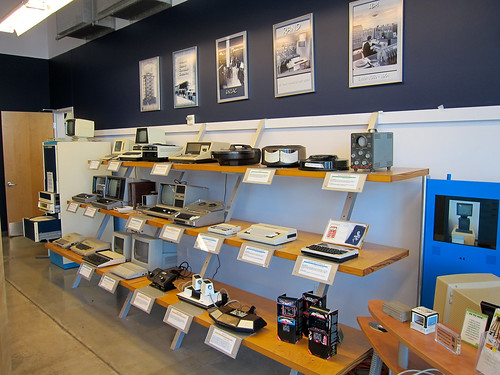 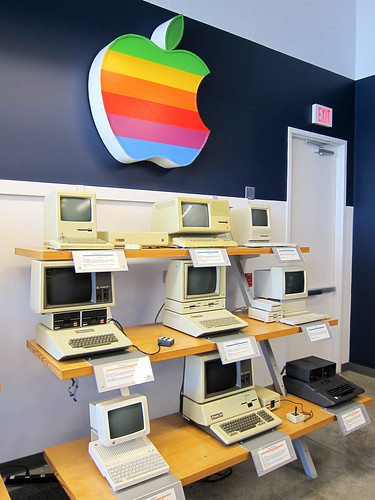 Standing tall near the entrance is a Data General Nova system.  Flickr user P^2 Paul points out that “Tracy Kidder wrote a great book about DG, the Nova, and the development of the Eclipse.  The Soul of a New Machine.”

I love the crinkle finish on this Dynabyte DB8/4.  I can’t find much information about this machine online, except this post about a DB8/1 that has a Z-80 CPU and an S-100 bus. 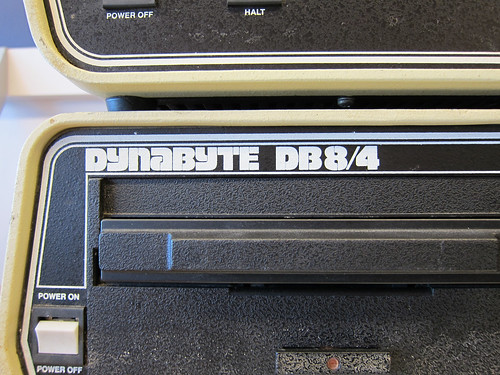 The Osborne 1, released in 1981, was designed by Lee Felsenstein.  I’ve had the pleasure of chatting with Lee on a couple occasions.  He has a lot of interesting stories and is still designing electronics. 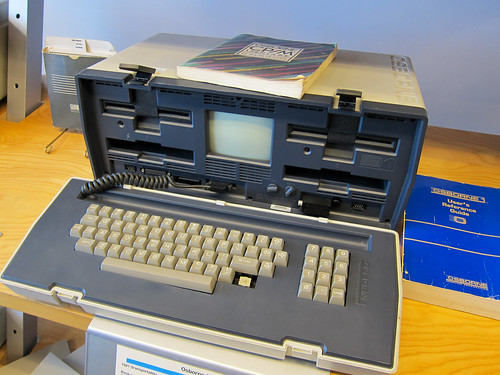 What would a computer museum in Austin be without a shrine to Michael Dell?  Here’s a PC’s Limited Turbo PC (there’s one of these at the Smithsonian!)  PC’s Limited eventually became… you guessed it, Dell. 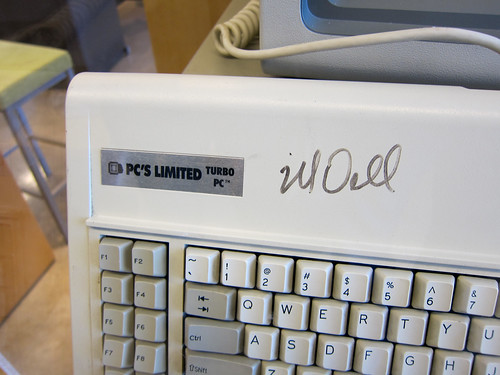 There’s a painstakingly-restored PDP 8/S (apparently ‘S’ unofficially stands for ‘Slow’) in one corner of the main exhibit area. 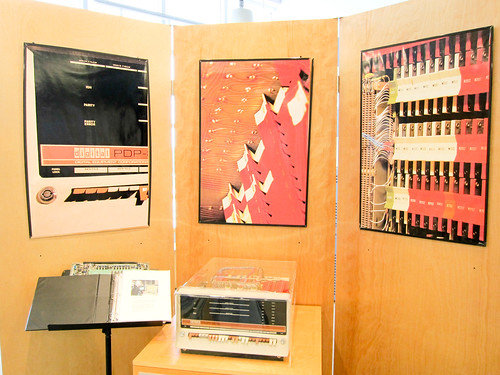 I was happy to see this Heathkit oscilloscope.  I had a far-uglier Heathkit ‘scope when I was in high school.  Mine had tubes inside.  I’m guessing this one does, too. 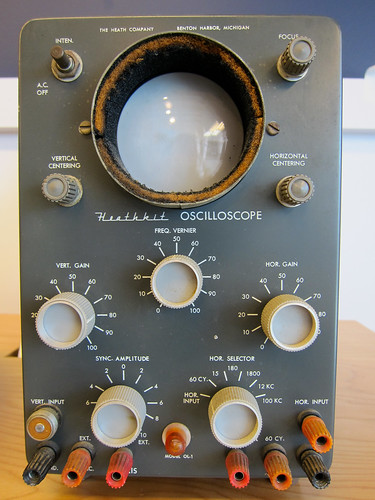 In 2007, Jon Stanley constructed a relay computer named RC-2.  It is on display here, and I got to see a preview of RC-3 in the back room! 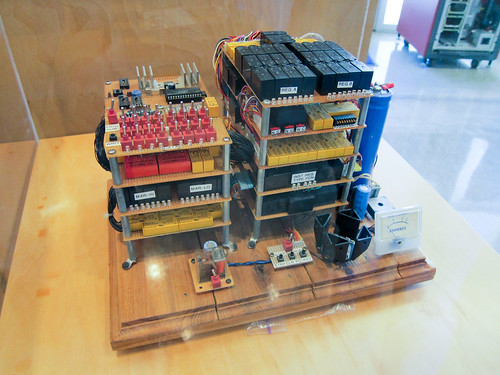 Computer Terminal Corporation (later Datapoint) was based in San Antonio and made the Datapoint 2200 shown on the desk.  I’m pretty sure the rest of this equipment is CTC, but I’m not sure exactly what models are shown. 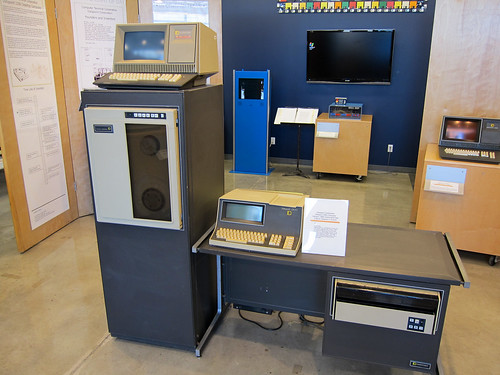 To see more of the museum, check out the photoset on flickr.

One thought on “The Goodwill Computer Museum”