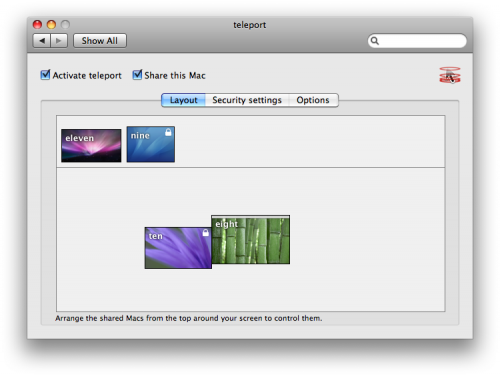 Teleport is a program for OS X that lets you share one keyboard and mouse between multiple computers – very handy for when you want to turn a macbook into a makeshift second display for your Mac desktop.  Before I discovered teleport, I was using synergy, which achieves almost the same result but requires an open Terminal window to launch and use it (synergy’s daemon functionality is broken in Leopard).  Teleport has some other advantages over synergy, including drag and drop file support (really cool!) and working mouse-wheel scrolling.

I initially had some problems with a short delay when moving the mouse from my desktop to the remote display, but I quickly resolved this by making a couple changes to the teleport configuration: 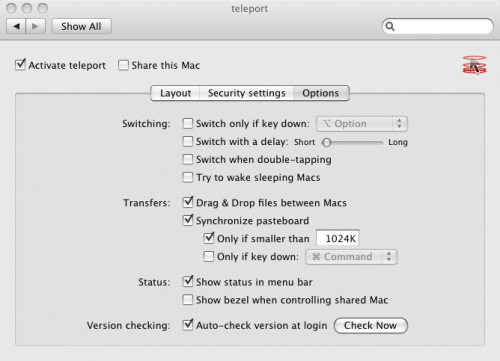 Now my pointer moves almost instantaneously from one display to the next, even with one machine on Wi-Fi.  Curiously, I only had to make the changes on the server side, I left the client machine preferences alone.

Hopefully this will help other folks who are having the same issue.