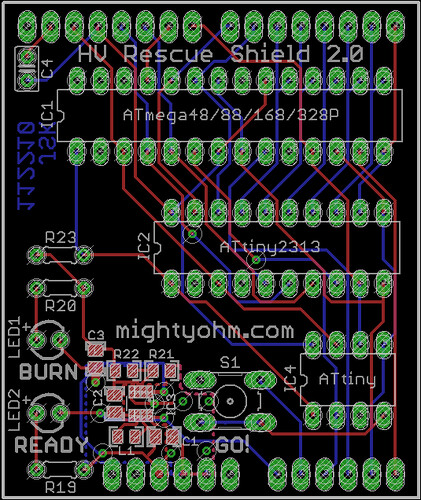 Version 2.0 of the HV Rescue Shield (I decided to drop the ‘AVR’ from the name) will add support for high voltage serial programming (HVSP) and 8-pin parts like the ATtiny13A.

Boards are due back next week, components are on order, but there is still code to write. 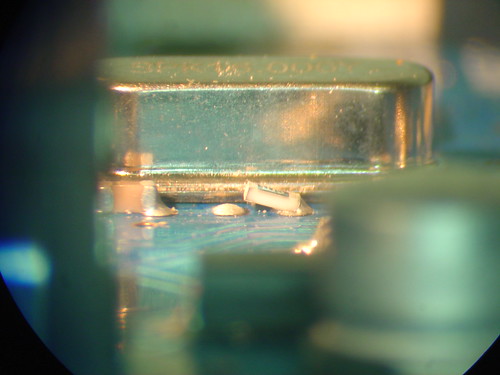 That’s a closeup of resistor R1 on my new Arduino Uno board.  See how the left terminal isn’t touching the solder bump on the land pad?  That’s not good.

Surprisingly, my Arduino seems to work just fine with one side of the resistor open.  Arduino, don’t let the cost reduction guys see this one, or they’ll eliminate it in the next rev!

More photos of the tombstoned resistor on my Arduino Uno.

The Arduino team has responded to other claims of manufacturing defects (most of which seem fairly trivial) in their blog post “One bad Arduino doesn’t spoil the barrel“. I have already contacted my reseller and will do everything possible to help Arduino improve their manufacturing process and quality control. 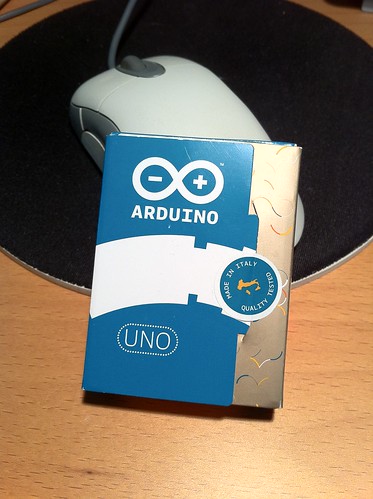 I’m happy to report that the AVR HV Rescue Shield has been tested and works with the new Arduino Uno.

This isn’t too much of a surprise, but it’s always good to check that seemingly innocent changes to a hardware platform don’t cause unexpected problems in existing applications.  (That is the voice of experience talking, can you tell?)

Version 1.2 of the Arduino sketch that powers the AVR HV Rescue Shield is now available for download.

The revised sketch now displays the target AVR’s existing fuse settings before asking you for new ones.

I also cleaned up and reworked the code in a couple places, but these changes shouldn’t affect the existing functionality.

If you have any issues or questions about the new code, post them in the support forum or contact me directly. 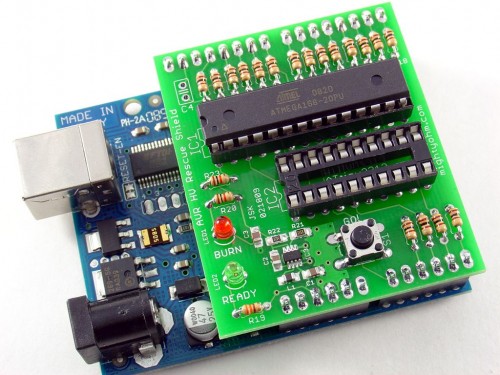 Now through July 9th, order an AVR HV Rescue Shield kit and get 20% off!