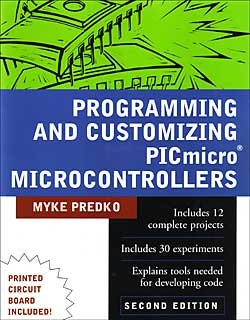 3 thoughts on “Programming and Customizing PICmicro Microcontrollers, by Myke Predko”