Chad Lawson is posting a series of videos about learning to make things on his site at verbosemode.tv.

In his most recent video, Chad talks about radiation, radiation therapy, and his experiences building (and fixing) the MightyOhm Geiger Counter Kit.

Thanks for the kind words, Chad! 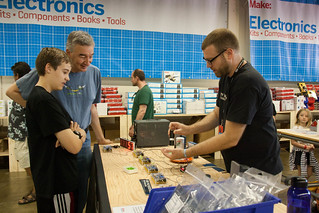 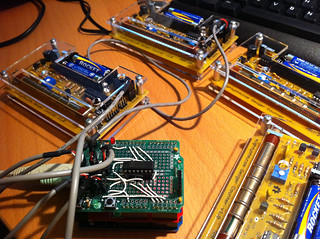 Shortly after my Geiger counter workshop at the Chaos Communications Camp in Germany, @tatzelbrumm sent me this video of his kit chirping madly on his flight home to the United States.

If you squint at the laptop in the video, you can see that his geiger counter is reading over 400 CPM!

Exposure to cosmic radiation is a well-known side effect of commercial airline flights, and is even documented in the xkcd radiation dose chart (click for a large version): 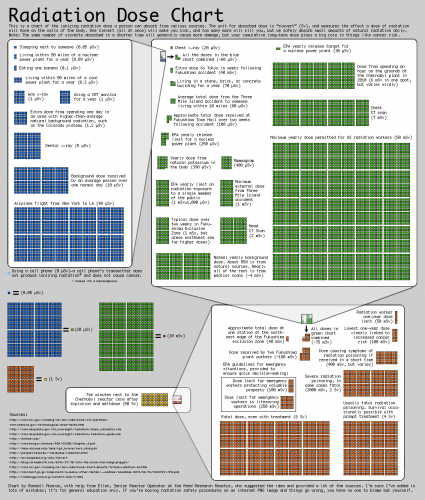 Christoph sent me his data logs, which clearly show the effect of altitude on radiation exposure: 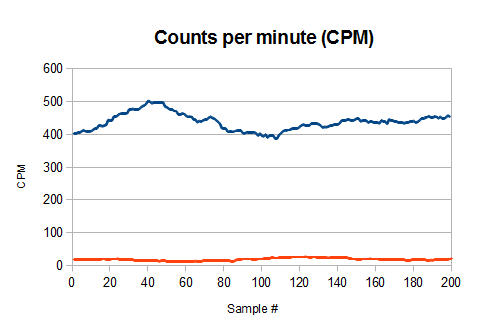 Caution: Unless you like being hassled by the TSA, I don’t recommend flying with the Geiger kit in your carry-on luggage, much less actually using it on the plane! On his DIY Geiger Counter site, Brohogan posted some good advice about traveling with a Geiger counter.

Have you done something cool with your Geiger Counter kit? If so, post about it in the forums!

@tinkernut just posted a video tutorial showing how to make a wifi radio for about $50 based on my Wifi Radio project.

Here’s another neat video from Brian Stuckey of ineedcaffeine.com.

If anyone knows where to find more of these displays, I would love to get my hands on some!